The XRoom team is a close-knit team, which includes the best writers of the country's quest rooms with experience abroad, strong marketing and production departments.

Our mission: to enable everyone to add bright colors and emotions to their lives, immersing themselves in another reality. To do this, it is very important for us to create truly unique entertainment products, while providing a service that we want to return to. Xroom already occupies a leading position in the Dnipro and seeks to replicate it in the following regions.

At the moment, 40 such projects in 11 locations in 5 cities of Ukraine have already been implemented - this is the quest of the room, quest games and clubs of virtual reality. In the process of building a few more cities, we will certainly come up with something new and amazing.

Visiting the company for visitors: we work in order that close people often spend time together and with interest. More and more people with us every day receive positive emotions, giving them to others! Xroom wants to be a favorite place for entertainment, so that our guests are always happy to return and enjoy themselves. Thank you for your recognition!

The vision of the company for the team: a friendly, close-knit team, where everyone knows their tasks and performs them qualitatively and without kicking over. Administrators clearly know all the standards and templates when working with their part and when communicating with players, they always have a clean and cozy lounge, coffee-table. Always neatly dressed, friendly and ready to go first to contact. A sort of bell to which people are drawn. The operators of the quest room are always in working condition, without breakages or missing elements, clean and dust free and ready to accept players at any time. And if a breakdown occurs, it is quickly eliminated by the operator or other specialist. The Xroom team will continue to delight visitors and provide better services, including in new cities and countries.

The company's strategy is to inform customers about the rethinking of ways of entertainment, to satisfy even the unspoken wishes of their guests, to achieve 90% of the returnability of customers, to become a leading international company.

The goal of XRoom is to give the opportunity to experience the bright emotions that inspire you!

Goals for the team:

- Innovation and quality in the production department;
- creative and strong analytics in the marketing department;
- training and team building;
- Regular growth of financial indicators.


Mass Media about us: 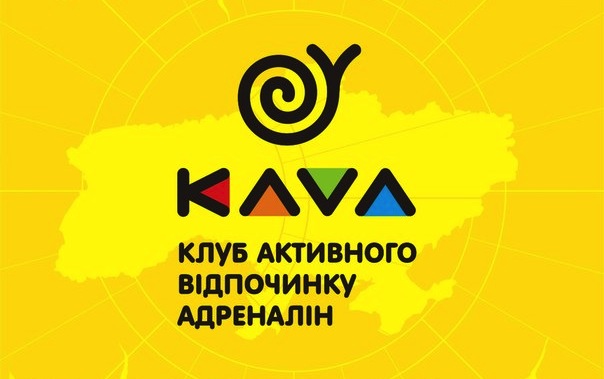 If you are a journalist please mail us to xroom.dnepr@gmail.com - we will discuss conditions of cooperation.

We are constantly developing and discovering new room quest, so if you are a specialist in electronics, able to create creative things or want to work in the quest rooms then please write xroom.dnepr@gmail.com.

If you are a journalist, let's work;) Write to us at xroom.dnepr@gmail.com we will discuss the terms of cooperation.

We are constantly developing and opening new room quest, so if you are a great expert in the field of electronics, know how to create creative things or want to work in the quest rooms themselves, then write to us at xroom.dnepr@gmail.com.

History: XRoom's Quest Room Company has been open since May 29, 2015. Its founders are Igor Nazarenko and Petr Pinchuk.
Initially, 2 quest rooms “Bank Robbery” and “Dr. Moreau's Laboratory” were opened (the original name was “The Secret of Dr. Moreau”). Next started the mystical quest room “Nightmare” (opening date November 13, 2015).
In 2016, 2 franchise locations were opened: on ul. Shevchenko, 59 and st. Kotsyubinsky, 2/4. Each originally had one quest room: “The Illusionist” on July 29, 2016 and “Pirate Gold” on August 6, 2016, respectively. In the same year at the location of st. Shevchenko 59 was opened the quest game "Hide and Seek in the Dark."
Also on November 20, 2016, a location was opened in Lviv, on the street. N. Gogol 6/8 with the quest "Da Vinci's Workshop" and January 22, 2017, "Stepan Bandera’s Cabinet" (later renamed it "Save the Secret Archive").
In 2017, 2 more quest rooms “Robbery of the Drug Baron” and “Bathyscaphe” were opened, as well as two locations at ul. Shevchenko 59 with the quest “Indiana Jones: The Lost City” (to be more precise, this quest was redeemed and modernized) and the VR club (which has already left for another city).
In 2018, already opened: location on the street. Polovitskaya, 5 with the mystic quest “Invasion of consciousness”; adventure quest "Avengers" on the street. Shevchenko 59 and the mystical room "Portal of ghosts" on the street. Kotsyubinsky 2/4. Next, we joined the location from Kadroom on Gogol 19 with three rooms, the Titanic, Star Wars and Saw, having slightly upgraded the location and the quests immediately began to receive guests. Later added "Bank Robbery 2.0" on the street. Shevchenko 59, as a continuation of the sensational quest. Back in November, the "Magician's Cache" opened, and in December, "Dexter" and "City without the Sun" on the street. Polovintska 5, as well as “Secret hideaway (aka“ Atomic bunker ”) on Shevchenko 59. In Lviv, in the same location, the quest game“ Hide and Seek in the Dark ”and the quest“ Mummy ”opens. In September, new rooms are opened in Mariupol Bank Robbery and Hide and Seek in the Dark
In 2019, the Panic network was connected to the Chrum network with 4 quests “Bunker, Sherlock” “Chicago” and “Time Machine” on Troitskaya Square 3. And already in the second half of 19, new rooms were opened “Escape from Shoushenka "and" Nuclear Threat "and our first performance horror with the actor" Lucy "on 59 Shevchenko St., also Dnieper. In Lviv, 2 more rooms are added -" Molfara’s hut "and" Stalker ". For ostym, we open 2 new cities, g Kharkov with an asset in Bank Robbery Escape from Alcatraz and Hide and Seek in the Dark and Chernihiv with quads Bank Robbery Escape from Alcatraz.

And yet ... We are so confident in our business that we are ready to return the money spent for visiting the quest in the reality of XRoom, if you do not like it!

See you at XRoom!


D.Yavornitskogo avenue, 54 (ENTRANCE THROUGH THE ARCH and right)


SHEVCHENKO STREET, 59 (ENTRANCE THROUGH THE ARCH)